Updating NordLocker often takes you less than a minute. This is when you can also see all the improvements we made to the app. If you ever miss the release notes or just want to follow how NordLocker has been changing, visit this post. Here we will list all the changes to the NordLocker Windows app since the launch of the cloud.

More space for your files. On your screen, at least. Now you can drag the sidebar to change its width and fit more files. Bugs! Did we not mention crushing bugs?

This is an update, NOT an April Fool’s joke. We promise. Update for some usability improvements and the removal of bugs differing in color, shape, and the level of annoyance.

Big news! We have an important feature many of you've been waiting for. And there's also a little hack for multitaskers.

Usually, this is where we tell you what we did in NordLocker. This time, we’re asking you to tell us. We’ve added a feedback form in the top bar – rate, comment, and help us improve your experience even faster.

NordLocker Cloud is available to all premium and freemium users! Upload and reach your files from different devices. 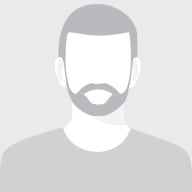